On the surface Adam (Mark Ruffalo), an over-achieving environmental consultant, Mike (Tim Robbins), a long-married small-business owner, and Neil (Josh Gad), a wisecracking emergency-room doctor, have little in common. But all are in different stages of dealing with addiction. Confident and successful in his career, Adam is afraid to allow love back into his life, even if that means losing a chance to start over with smart, beautiful and accomplished Phoebe (Gwyneth Paltrow); Mike's efforts to control his wife, Katie (Joely Richardson), and son, Danny (Patrick Fugit), as tightly as he does his impulses are tearing the family apart; and Neil is still deeply in denial when befriended by Dede (Alecia Moore), who has just begun to take her own small steps back to health. As they navigate the rocky shores of recovery, Adam, Mike and Neil become a family that encourages, infuriates and applauds each other on the journey toward a new life. 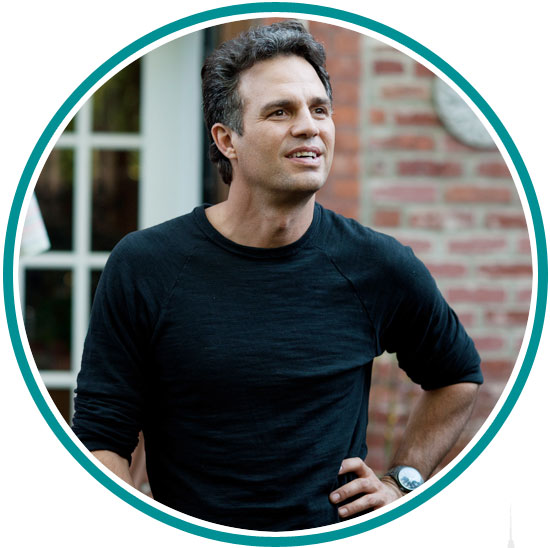 MARK RUFFALO (Adam) is an Academy Award®-nominee and one of Hollywood's most sought-after actors. Easily transitioning between stage and screen, he has worked with such directors as Ang Lee, Martin Scorsese, Michael Mann, Spike Jonze, David Fincher, Fernando Meirelles and Michel Gondry.

Ruffalo was last seen in the surprise hit Now You See Me, in which he stars opposite Morgan Freeman, Woody Harrelson and Jesse Eisenberg. The film, directed by Louis Leterrier, follows FBI agents tracking a team of the world's greatest illusionists, who pull off bank heists during their performances.

Next for Ruffalo is Can a Song Save Your Life?. The story follows an aspiring female singer (Keira Knightley) whose life takes a turn for the better when she is discovered by a down-on-his-luck record producer (Ruffalo). Written and directed by John Carney, the film is being produced by Anthony Bregman and Judd Apatow. Ruffalo also stars opposite Channing Tatum, Stave Carell and Sienna Miller in Bennett Miller's forthcoming drama Foxcatcher, the tragic true story of Olympic wrestling champion Dave Schultz.

The actor's directorial debut, Sympathy for Delicious, premiered at the Sundance Film Festival and Ruffalo won a Special Jury Prize in the dramatic film category. This indie drama starred Orlando Bloom, Laura Linney, Juliette Lewis and Ruffalo in a story about a Los Angeles DJ who finds that he has the power to heal.

In 2010 Ruffalo was seen opposite Leonardo DiCaprio and Ben Kingsley in the harrowing thriller Shutter Island, directed by Martin Scorsese. The previous year he starred in Rian Johnson's The Brothers Bloom, an international conman adventure co-starring Adrien Brody, Rachel Weisz and Rinko Kikuchi.

Ruffalo earned critical recognition for his role in Kenneth Lonergan's You Can Count on Me, opposite Laura Linney and Matthew Broderick. Produced by Martin Scorsese, the film won both the coveted Grand Jury Prize and the Waldo Salt Screenwriting Award at the 2000 Sundance Film Festival.

Other film credits include Margaret, Blindness, Just Like Heaven, Reservation Road, All the King's Men, What Doesn't Kill You, My Life Without Me, The Last Castle, Windtalkers, XX/XY, Committed, Ride with the Devil, Studio 54, Safe Men, The Last Big Thing, Fish in the Bathtub, and Life/Drawing.

Ruffalo's acting roots lie in the theater, where he first gained attention starring in the Off Broadway production of Kenneth Lonergan's "This is Our Youth." For this performance, he won a Lucille Lortel Award for Best Actor. Ruffalo has won several other awards for his stage work, including the Drama-Logue and Theater World awards.

Additional stage credits include the Off Broadway production "The Moment When" written by Pulitzer Prize and Tony Award®-winner James Lapine, and the Lincoln Center Theater's revival of Clifford Odets' "Awake and Sing!" for which he received a Tony nomination. Ruffalo has also directed several plays and one-acts. In 2000 he directed Timothy McNeil's "Margaret" at the Hudson Backstage Theatre in Los Angeles.

Ruffalo trained with Joanne Linville at the distinguished Stella Adler Conservatory. He made his theater debut in "Avenue A" at the CAST Theater. Ruffalo co-wrote the screenplay for the indie The Destiny of Marty Fine, which was the first runner-up in the 1995 Slamdance Film Festival.